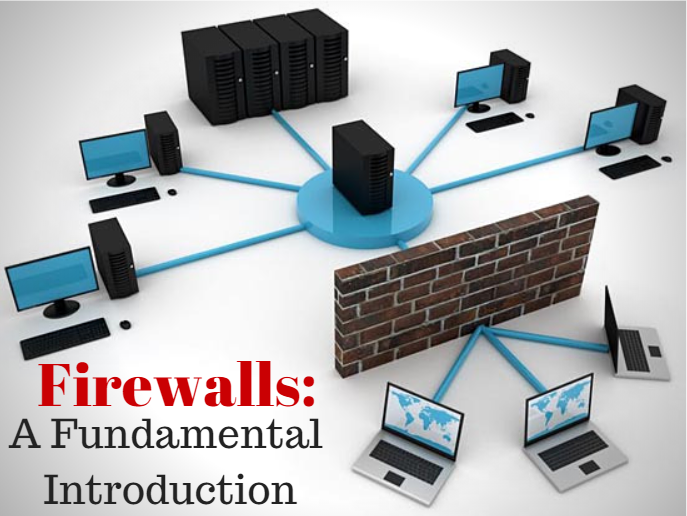 Firewalls appear to be excessively relied on in the defense in-depth strategy. This in turn creates an environment that lacks other well-qualified and superlative controls. Nevertheless, firewall topics are one of the first things new cybersecurity students learn about in their journey through network security. In this regard, firewalls are absolutely important, but they should not be solely relied upon.

Not all firewalls are created equal. There are many different types, as you’ll see momentarily.

A firewall can be a dedicated hardware-based appliance, such as the very popular Cisco firewalls or the very expensive Palo Alto Networks firewalls. These devices are usually installed on the network perimeter, either behind or in front of a router. Often times, the firewall is installed on the router itself. They are also routinely used to create demilitarized zones (DMZs), which protect the internal network from public-facing assets. There are plenty of different firewall architectures, and some of which I will cover here in this blog post.

A “network-based” firewall is typically the standalone, hardware appliance discussed above. They are usually located at the gateways or perimeter of a network. They commonly filter in-bound traffic entering the internal network. Since the amount of traffic that enters a network can be vast, network-based firewalls must be able to handle high amounts of bandwidth.

The “firewall policy” reveals how a firewall truly works. It is the same thing as an “Access Control List (ACL),” or a matrix identifying acceptable and unacceptable traffic flows. When a packet arrives at a firewall, it must pass through a firewall policy inspection in order for the firewall to apply an appropriate action.

By all means, this is certainly not what all firewall policies look like, especially modern firewall policies. They do, however, share very common characteristics. The first rule in the firewall (order #1) accepts all TCP traffic coming from source IP address 140.192.37.2 on any source port to the destination network address 161.120.33.0 on destination port 20 (which is FTP).

Firewalls typically follow a “first-match” policy, meaning a packet is compared to each rule in the ACL until it matches the first rule in the list. For example, if a packet, doesn’t match rule #1, it will move on to rule #2. It will continue down the list until it matches a rule. Although the packet might have other sequential rules that it matches with, the firewall will only perform the appropriate action to the first rule it matches. This is in contrast to a “last-match” policy, which alternatively uses the last rule that the packet matches. Another type of policy is the “best-match” policy. This policy chooses the rule for the packet that more accurately matches the the tuples in the rule.

Unlike the firewall policy depicted above, most firewalls have an “implicit deny” rule at the bottom of the list. This is also referred to as a “catch-all,” “deny all,” or “default rule.” When you buy a firewall, they are configured to deny all traffic by default. It is only until a firewall administrator adds explicit allow/deny rules to the firewall policy that the firewall appropriately performs its duties. The implicit deny is often left at the end of the list. In this regard, any packet that has not matched to a rule will be denied and rejected. This is a safety precaution that all firewall policies should have.

A “stateless” firewall is nothing more than a packet filter. It is said to be stateless because it is not aware of the state of a current connection. Stateless firewalls only operate at the Network layer; therefore, they only filter packets based on IP addresses, which is very similar to a router.

A “stateful” firewall works exactly the same as a stateless firewall; however, it works at the Network layer, Transport layer, Session layer, and Application layer. This allows the firewall to filter incoming and outgoing traffic based on source/destination IP addresses,  source/destination port numbers, protocol, and TCP flags. This also allows them to track the state of a connection and record it in a “dynamic state table.” With stateful firewalls, we can now track the session between two communicating devices. Stateful firewalls are said to be “true” firewalls and are classified as “second-generation” firewalls.

An “application-layer” firewall operates at the Application layer, which filters traffic based on the services and applications. Application-layer firewalls are capable of “Deep Packet Inspection (DPI).” This allows the application-layer firewall to examine the entire contents of a packet. This is commonly performed with the help of a proxy server. Proxy servers sit between a requesting device (client) and a servicing device (server). When a client wishes to make a request to a server, it must go through the proxy. The proxy terminates this connection and makes the request to the server on behalf of the client. This allows the proxy to inspect the contents of the packet.

The “Next Generation Firewalls (NGFWs)” can perform all of the aforementioned firewall functions, but they include important improvements, such as an IPS engine. IPS stands for “Intrusion Prevention System,” meaning NGFWs can look for indicators of an attack and prevent them from occurring. They are also commonly cloud-based, which allows for the NGFW to share signatures with other firewalls of the same vendor.  NGFWs can even be used in conjunction with Active Directory and policy servers. Check Point, Cisco, and Palo Alto Networks all make great NGFWs.

As I previously mentioned, there are many different ways to implement a firewall architecture on the network. I’m going to cover some basic designs below.

This is the traditional perimeter firewall security design. All firewalling is performed at the edge of the network. In this architecture, the firewall is placed before the router. The scheme follows internal network>firewall>router. Or it can be internal network>router>firewall.

The “screened subnet” firewall architecture adds an additional firewall after the perimeter firewall. This creates a DMZ between the two firewalls where internet-based applications and services can reside (e.g., VPN server, remote access server, E-mail server, and Web server). The DMZ is protected by the perimeter firewall and the internal network is protected by the DMZ firewall. If, for example, the Web server was infected with malware, the infection would be contained inside the DMZ and not spread into the internal network.

The “multi-tiered/distributed DMZ” firewall architecture is used to create multiple DMZs in order of ascending security (tier 1, tier 2, and tier 3, respectively). This architecture is great for e-commerce environments. Only certain requests can travel through these firewalls. And, only very specific requests will be able to reach the Tier 3 DMZ where the transaction database servers are stored.

In general, firewalls are a great security tool to have, but to reiterate on my first point, they should not be solely relied on. This often creates a “Single Point of Failure (SPOF).” As we saw, firewall policies take a lot of configuration and misconfigurations are to be expected. Likewise, not all firewalls are built equally. It takes a particular firewall to get a job done, and some are better-suited for the task at hand.

I hope that this was a good introductory experience because there are many more things to know about firewalls. For example, there are even “virtual firewalls,” which can be used to centrally manage other distributed firewalls.